Hey anonymous alcoholics! While the version 2.0 patch was originally intended for the Steam Tabletop Festival, it got pushed back. Pretty sure the last post was about this. Anyway, this long rambling post is about the upcoming patch and a roadmap for Into Oblivion overall. 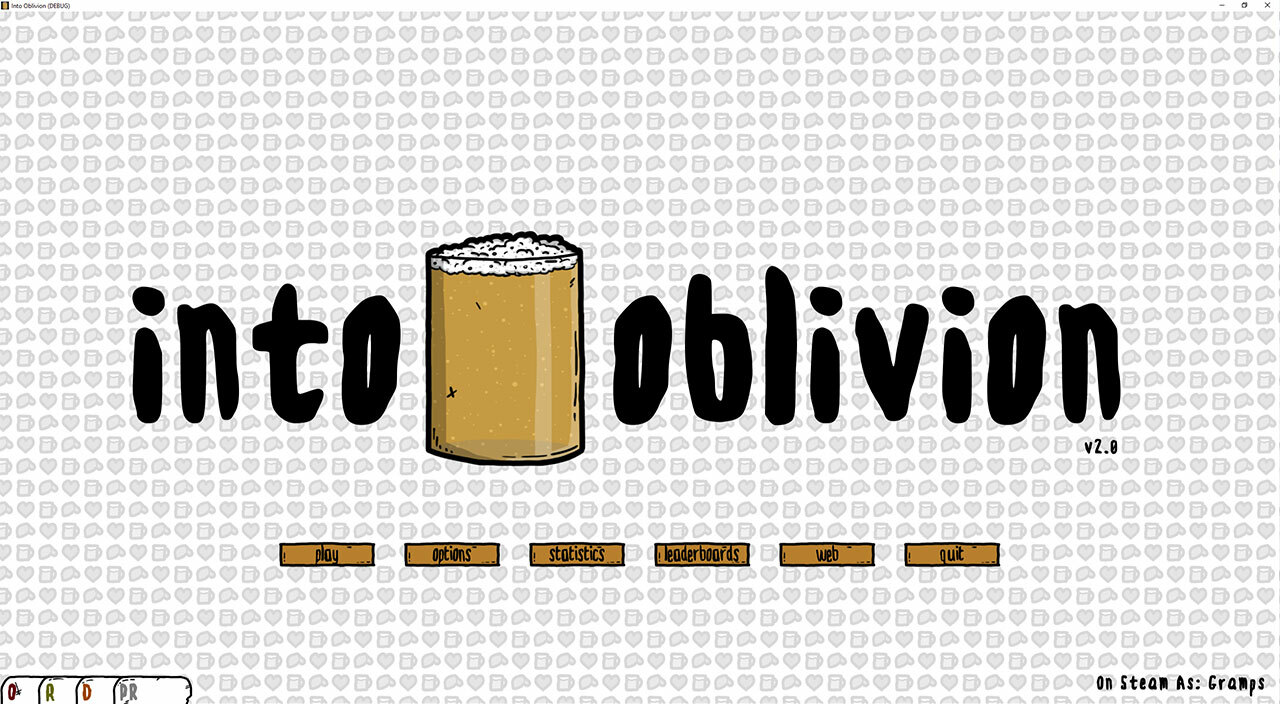 Pretty much all of the graphical updates are finished. Most were intended for Brewmaster but a lot of that stuff got moved into this patch instead. The idea being that it'll speed up the timeline for expansions and further updates by doing it now. 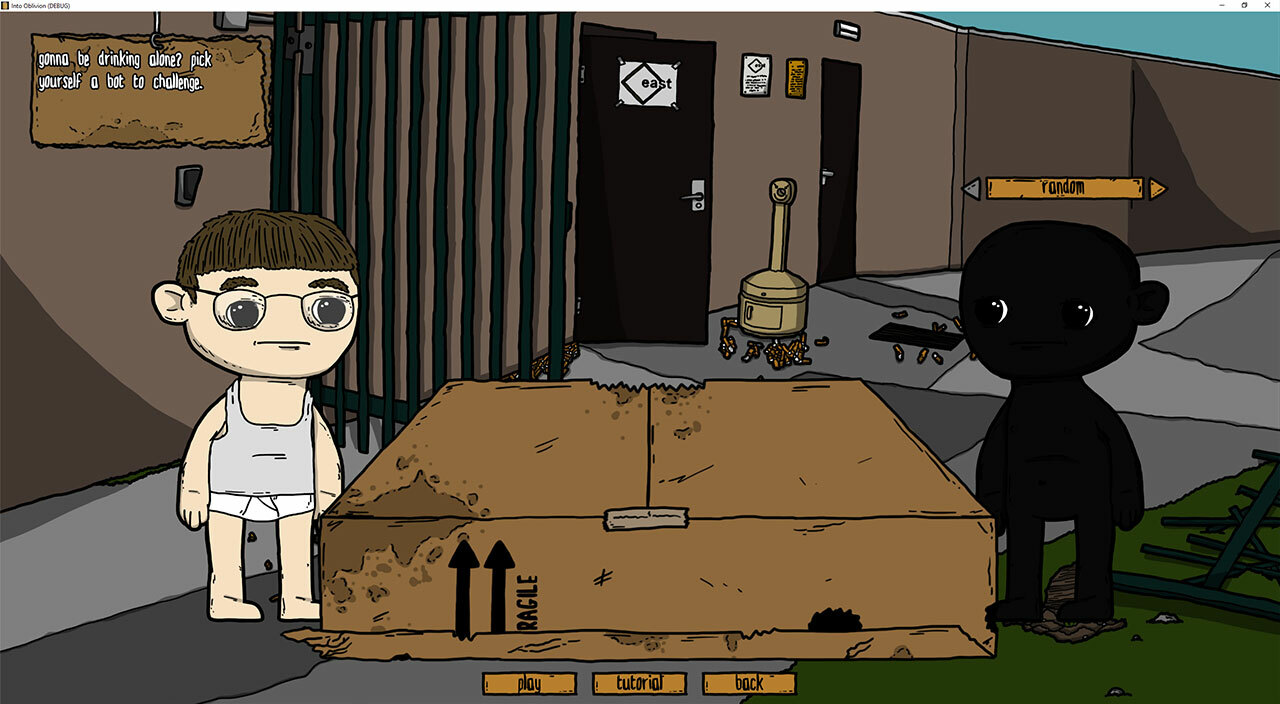 Many animations were re-done as well. There are also a bunch of little extra animations added it to give life to the interface while playing. Lots of "quality of life" updates like the one shown below. Pagination for the drink book and having the ingredients with recipe effects laid out with more space and clearly. 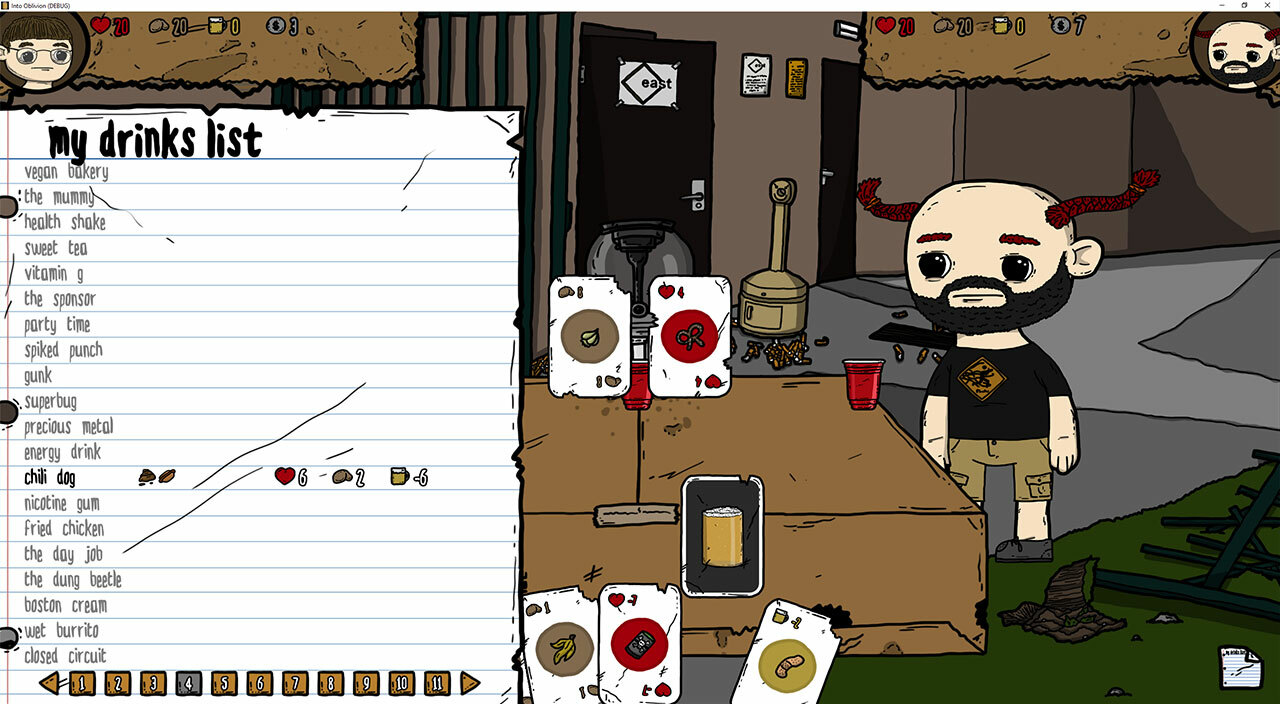 The card system was also gutted and replaced. Cards now have more animations and they toggle a drink icon if they are being used in your brew. Coin cards now flip over to show the new back; which is also updated in the re-shuffle animation. 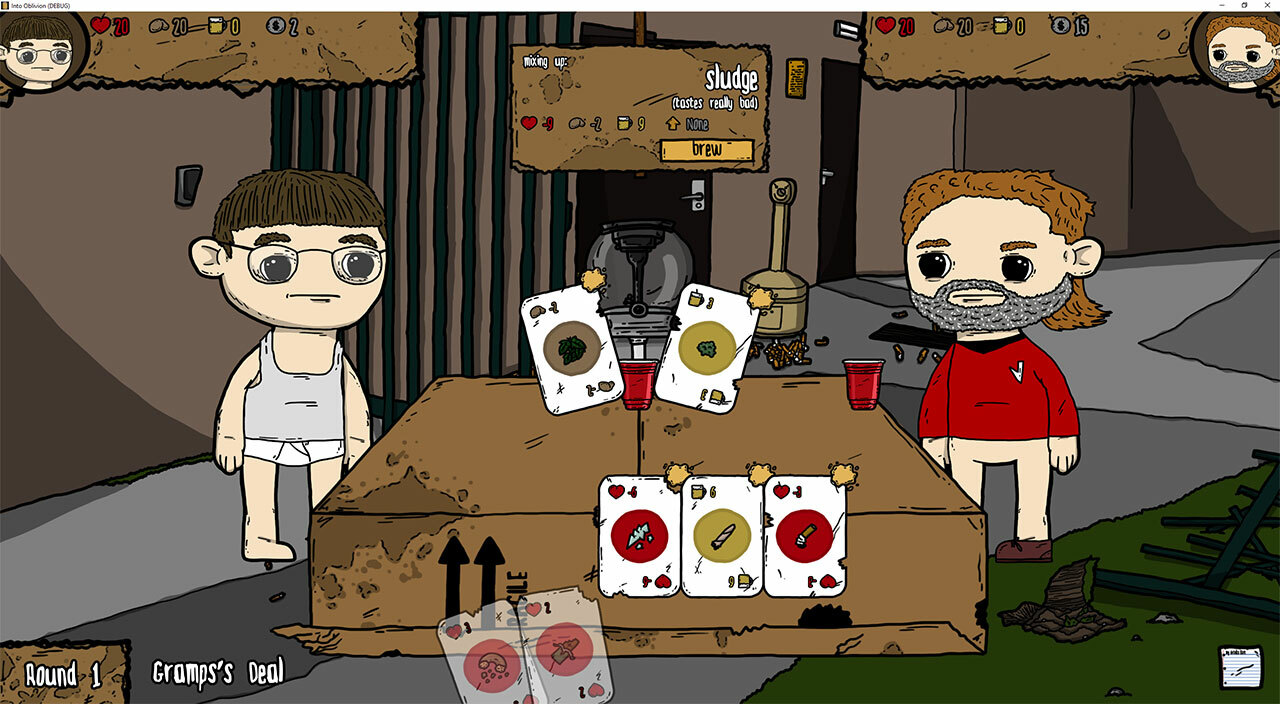 So yeah, a bunch of things have been added to this update which has caused some delay. However, it is in the final stages of testing, getting those last few bugs worked out, and mutliplayer gone over. That being said, here is the official roadmap for the game until the end of 2022 which, other than bug fix patches, should be all the content for the game in total. Unless something spicy comes along. 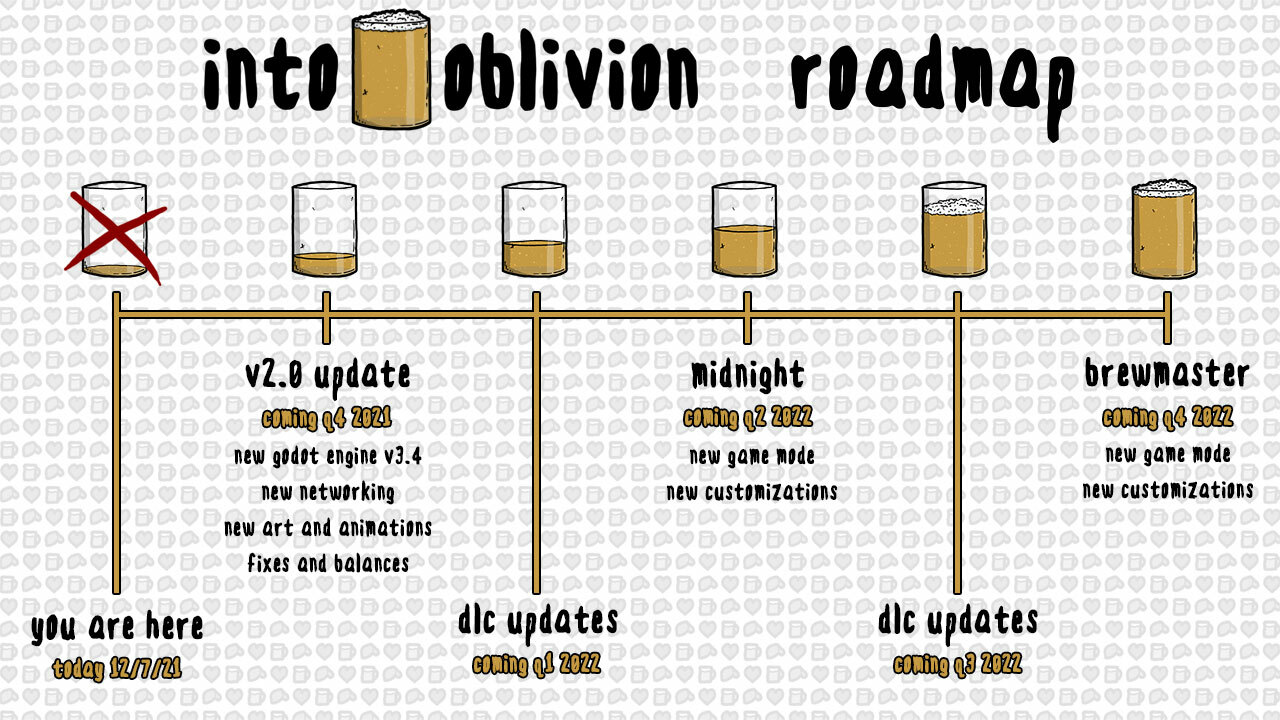 For Xmas this year, the version 2.0 update should be out. There will be subsequent DLC updates in-between main expansions to beef those up as well. No new DLC will be created, mind you; just adding more content to them like in-game skins, music, and artwork.

The Midnight and Brewmaster expansions will be talked about later on when we get closer to those. But they are new game modes with a bunch of new stuff too.