Hey there! Welcome back to this week's development diary for Haulin' Oats. The last one was a solo-update about The Dope Game Remaster and this one, obviously, all about Haulin' Oats over the last few weeks.

All The New Things

While I don't quite remember what I talked about last time, and I'm clearly being too lazy to look back at the last post, we'll just start with what has been going on since the last dev diary about the game.

Code. Lots of code. A ton of code got re-written. The server API got upgraded and how it talks back to the game. Since I was balls-deep in the networking stuff, a lot of that had to change as it no longer worked as expected. A fair amount of The Dope Game's new networking stuff was pulled over too, as I had gotten farther along with that and the code was pretty recycle-able.

The final font designs are now integrated into the game; thanks to Cindy at Cultivated Minds. This, naturally, led to redo a ton of graphics and assets for Steam. In turn, that led to replacing some text graphics with just text labels in the engine which will allow for easier localization (if and when) and accessibility.

The main menu also got an upgrade. Originally I was trying to cram all the sub-menus into the yellow box at the top but was having a hard time really getting the networking stuff to fit correctly. This eventually led to the sub-menus spilling out onto the table around the game box. Like so... 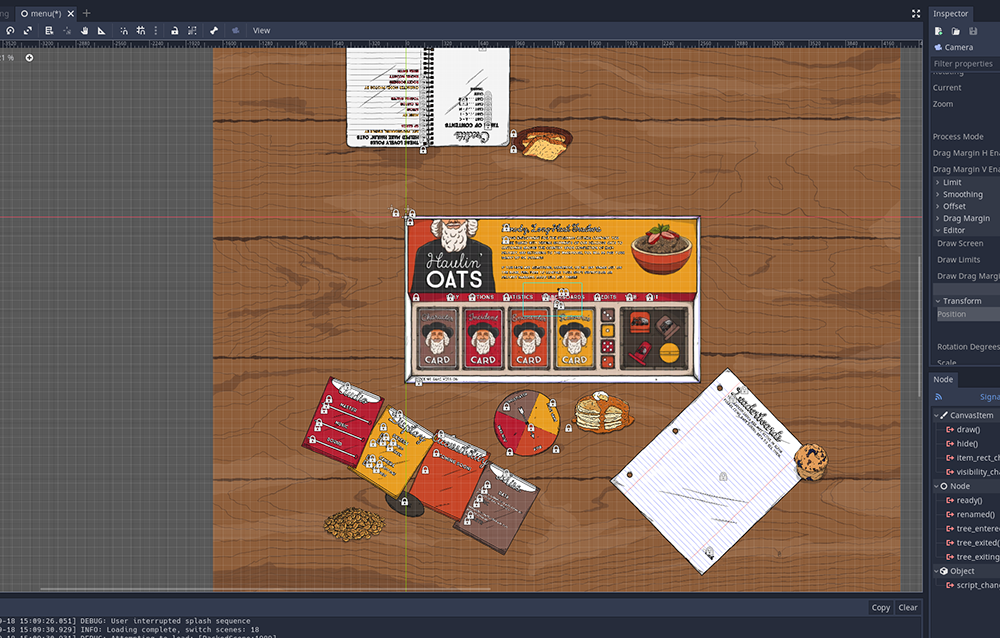 This also lets the whole "table top board game" theme branch out with each sub-menu getting it's own design. The camera even pulls back up and out then settles on whatever sub-menu the player has opened. I think it looks a lot better than the old version.

Any while they're not all set up yet, you can see the sub-menus for play, options, leaderboards, and credits in the screenshot above.

As tradition dictates, the game is being pushed back from October to a January release. Tentatively January 21st, 2021. There is a lot more polish and small things that I want to add so I figured I would need a more time. Plus it is good to avoid releasing during the holiday shit-storm that is Thanksgiving to X-Mas in the US. 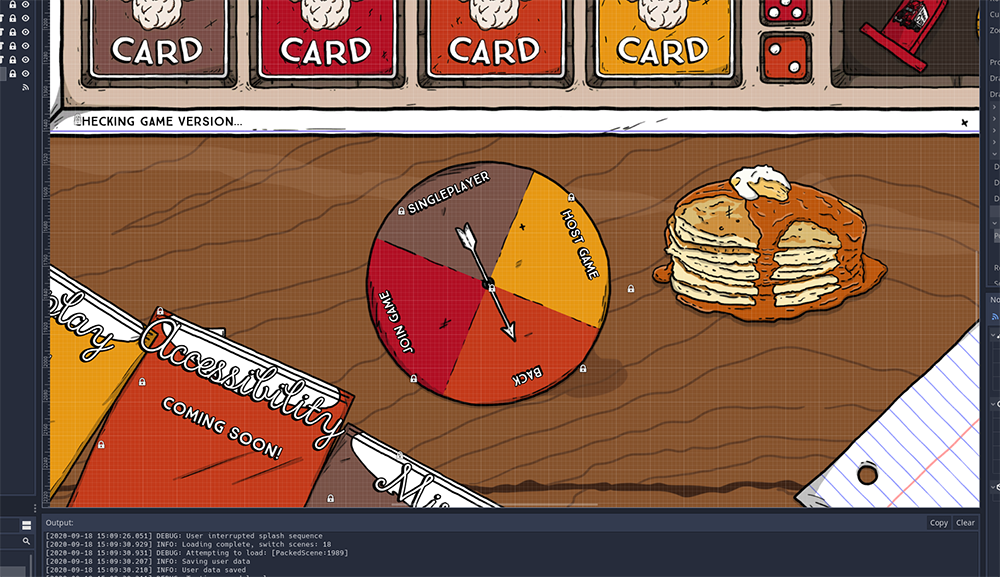 That being said, I will probably push smaller yet more frequent updates much like how The Dope Game Remaster is being handled currently. At least after this large main menu overhaul is finished.

The game's demo will be available again during the Steam Game Festival in October. Originally I had assumed this demo would be the final one for release but, due to the game being pushed back to January, I think that's no longer the case.

While there isn't really a new trailer for the game, the October SGF trailer is the last game festival trailer but with the game's final font design and updated release window.

Well, that's it for now. There will be another update in two weeks time for both games and yet another closer to the Steam Game Festival in October! See you then!