Hey, long-haul truckers!  Today is the day that version 0.0.3 of the game finally rolls out.  There was a lot of stuff that changed since the last alpha update like fonts, graphics, layouts, etc. 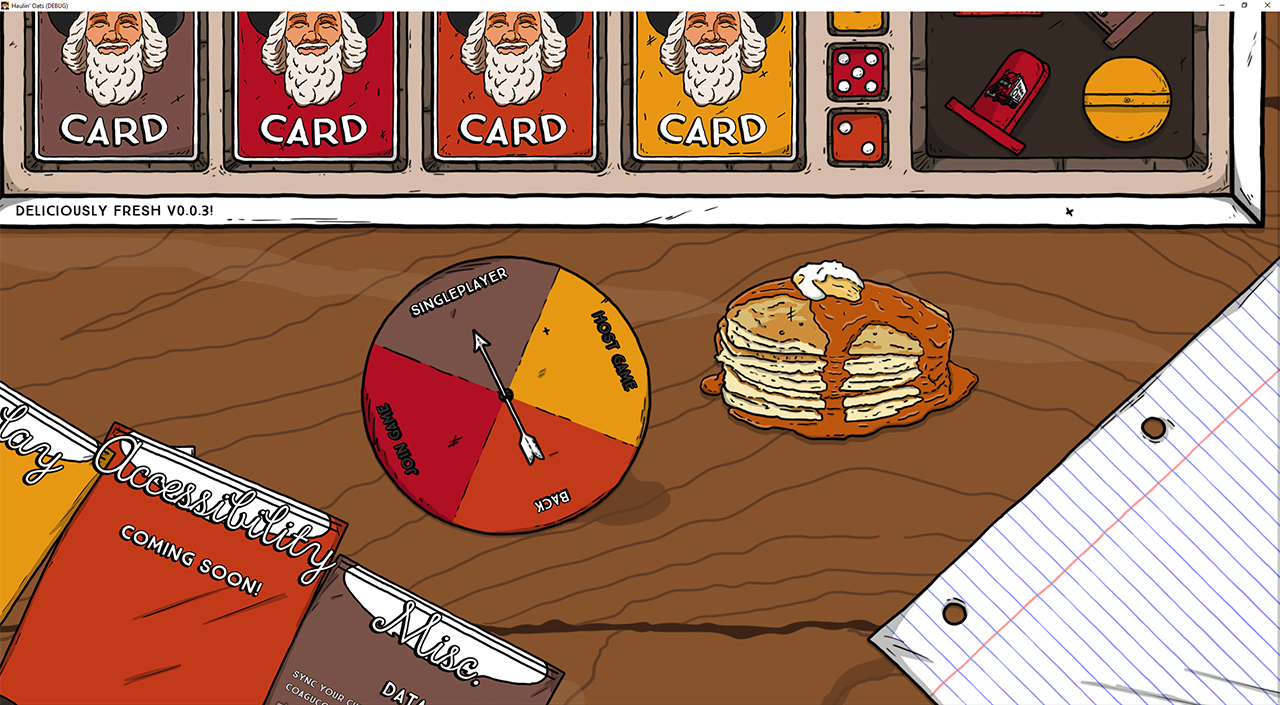 For those of you without alpha access to the game, the version 0.0.2 demo is still available for the duration of the festival and will be updated to the alpha version 0.0.3 demo this weekend.  As with the previous one, it is limited to one lap and a limited number of Encounter, Resource, and Incident cards.

Once the festival is over, the demo is go away again.  However, when the game is released in January, the demo will resurface as the official "final build" demo and will get subsequent updates when the main game gets updated.  Yes, that means a day-one demo.

Now that most of the core changes are in place it is time to crank out the rest of the missing assets and final missing feature: racing.  So far everything still seems to be on target for the January release.  The biggest thing to test in the next and (hopefully) final alpha is networked games.

We will talk more about that leading up to the next alpha release which should be sometime in late November.  See you then!