It is weird to think this game is finally six years old as of today. Also, allegedly, that the remaster was going to be released on time. Well, one of these things came true on this, my friends. But fear not, the remaster will be out next Tuesday - June 7th, 2022! That's right, just one more week and you can start slangin' in the new and improved streets of Starkham. 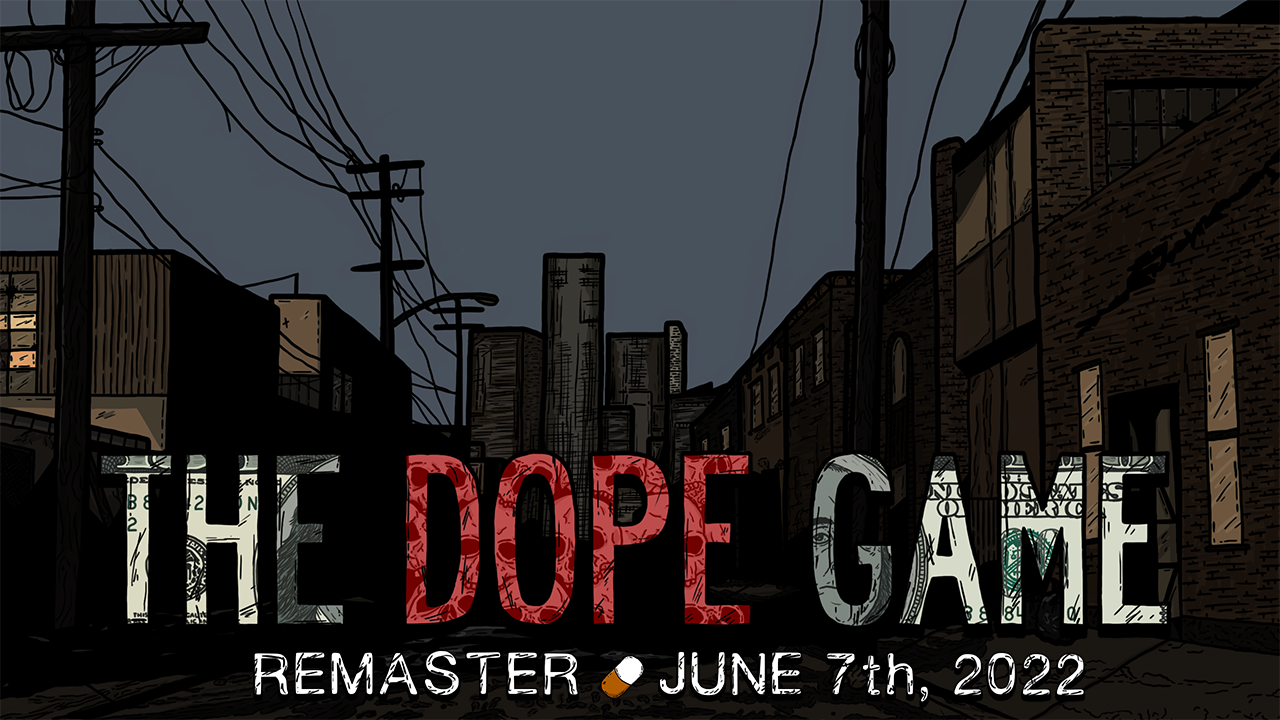 We will be letting beta users access a build this weekend before the launch to find any additional bugs that might have bee missed. Surely they are in there somewhere. And, naturally, we will be updating the store page this weekend as well. Mostly to reflect all the graphical changes and new features. Achievements? Sure, there will a few new achievements too; just to ruin your perfect game. 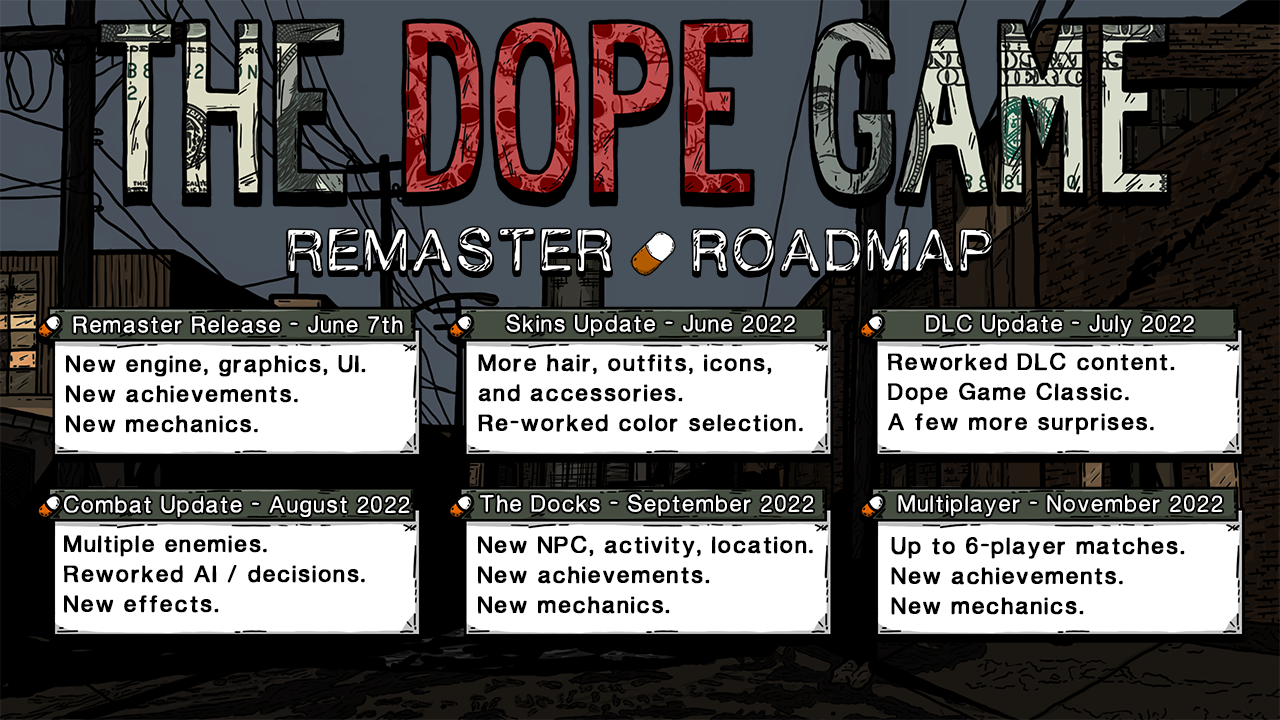 While not all of the features we had hoped would make it for the remaster launch will be in there, we are providing a roadmap for the rest of 2022 to show were these things are and when they'll be added in.

Almost all of these roadmap points are actually built-in to the version being released next Tuesday but they aren't quite ready to be used. Some are in a separate build which will become available to people on the beta branch. We will go more into the details of what each update contains when the remaster launches.