While a lot of it was cosmetic, there was a ton of changes under the hood for the game as well as the content updates and expansions planned for this year.

If you are interested in all the specific changes, you can check out the change-log at the end of the post. Otherwise, read on about the (near) future plans we have cooking. 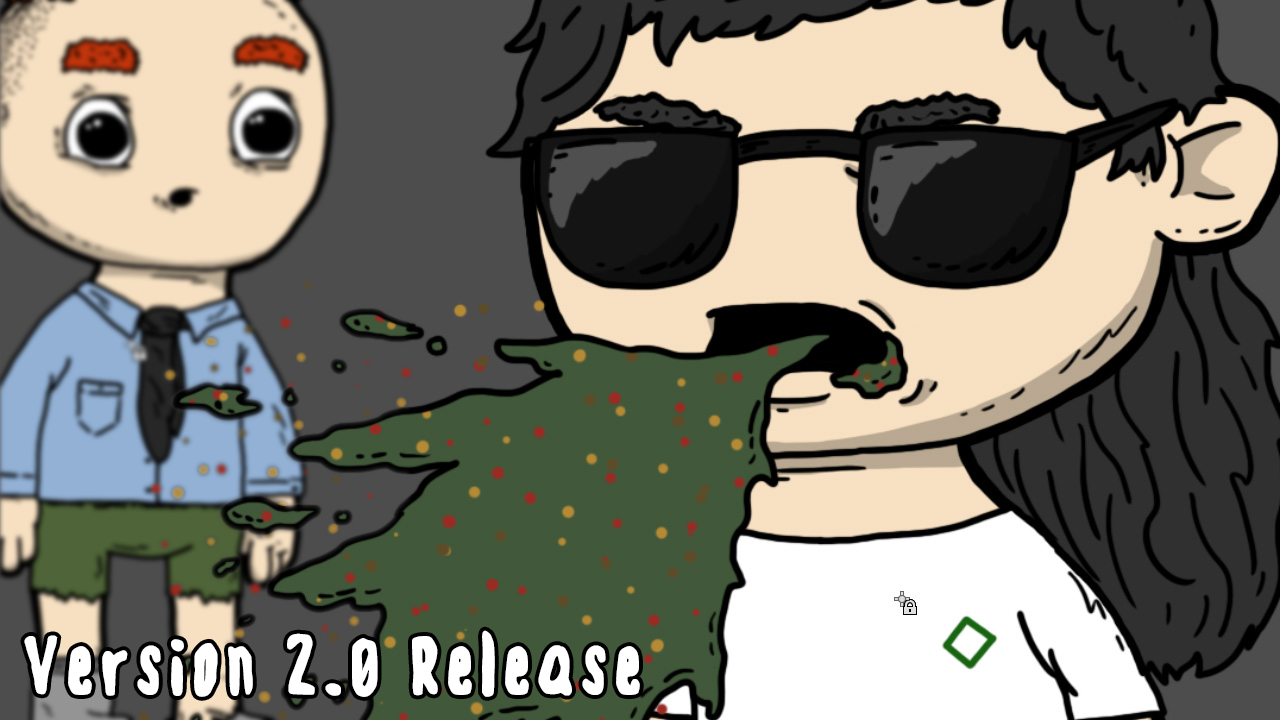 There are some other big things to note with this update too. After some discussion internally and with folks who play the game, we have upped the price of the game to $4.99 USD. Instead of charging more separately for the upcoming expansion packs, they will be rolled into the main game.

After you boot the game up, you'll notice that Top Shelf and The Sobering from multiplayer are going to appear in single-player. Currently we are tweaking the bot logic to play these modes a bit better and will make this all available when the DLC update comes next month.

Speaking of, if you remember the roadmap, the next update is to the DLC. This will add more content and some new skins for players who own it. There will be a few other updates for the main game when that launches too.

After that is the Midnight update. This mode will allow up to eight players, and bots, to run games of Midnight for coin. There will be special achievements and extra rewards added for this expansion which can be used in the regular game and Brewmaster; as well as the money.

Speaking of, later in the year, the Brewmaster update will close everything out. This expansion will let you open your own bootleg distillery and serve booze to the seedy underbelly of Starkham. Use recipes your learn from the main game to create batches of booze, use coin to upgrade your facility, and hire some unsavory characters to deliver and promote your goods. You can even sabotage friends' and strangers' operations.

More on all that as we creep closer to each update. For the curious, here is the full change-log as we have it: