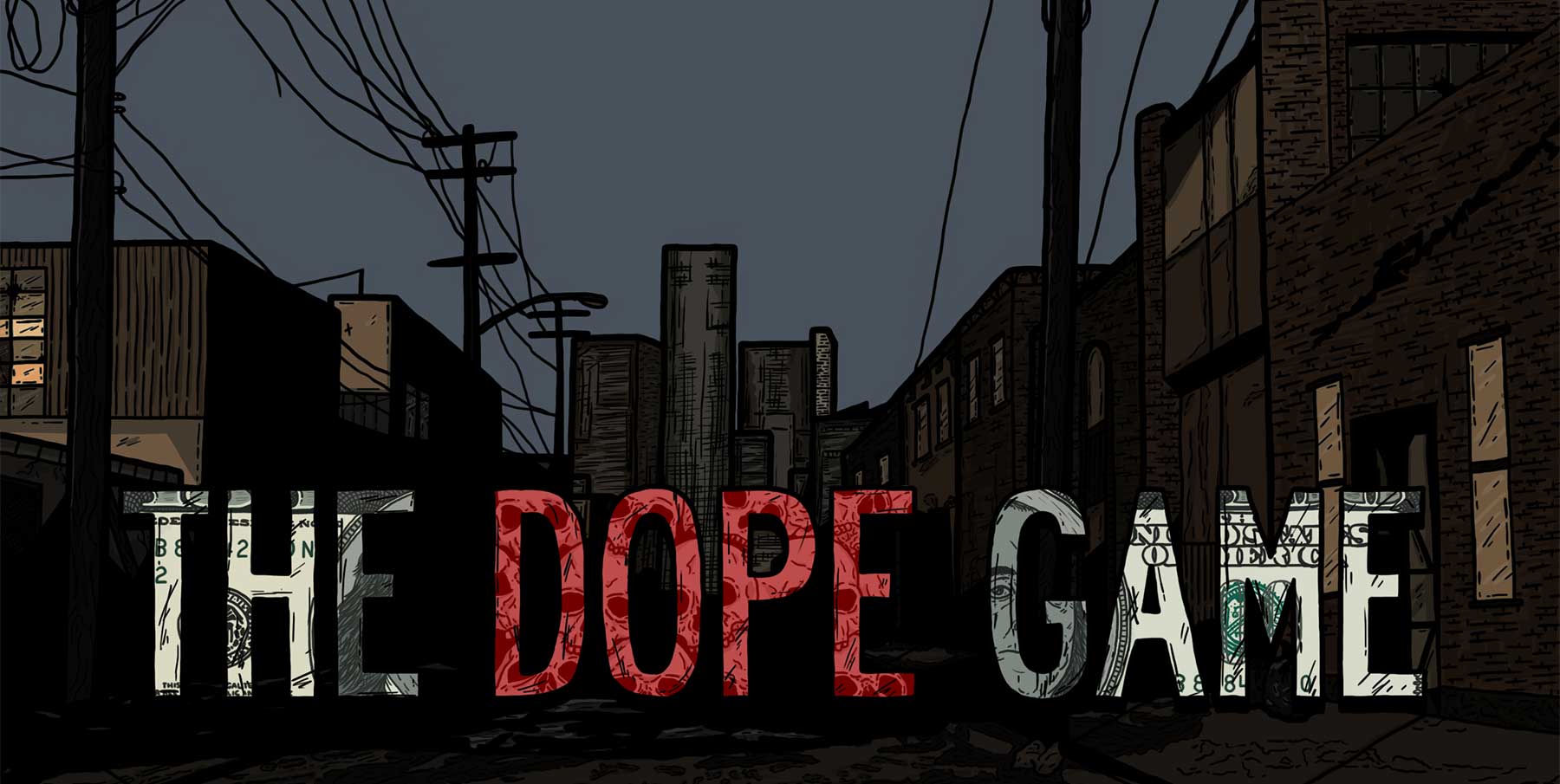 To escape the city of Starkham and start your new life, you get your friend Preston to set up a meeting with the local loanshark, Sweaty Mike. After foolishly borrowing $2,000 to start your fledgling drug dealing career, you embark on a timed mission to sell as many drugs as possible throughout the city. However, you must evade the police, make sure not to piss off the locals too much, and navigate an ever-changing drug market.

Visit locations like Crockfort, Pinky's Gun Emporium, Murphy's Lake, The Noose & Rafter Bar, Hillside, Saint Jaysus Memorial Hospital, and more to interact with people and buy or sell a variety of drugs. Almost everyone you meet can be fought or bartered with in some manner.

The Dope Game, the newest game from CoaguCo Industries, It is a take on John E. Dell's 1984 classic game Drugwars, where the player goes around New York City trying to make as much money as possible selling drugs while evading the police. But this isn't New York City. Or 1984. The Dope Game takes place in the fictional city of Starkham, Blannington, most infamously known from our previous games One Way To Die and Raise Your Own Clone.